1Sheeld is a new easily configured shield for Arduino. It is connected to a mobile app that allow the usage of all of Android smartphones' capabilities such as LCD Screen, Gyroscope, Switches, LEDs, Accelerometer, Magnetometer, GSM, Wi-Fi, GPS …etc. into your Arduino sketch.

Currently there are more than 38 shields in 1Sheeld.

The first part is a shield that is physically connected to your Arduino board and acts as a wireless middle-man, piping data between Arduino and any Android smartphone via Bluetooth. The second part is a software platform and app on Android smartphones that manages the communication between our shield and your smartphone and let your choose between different available shields.

By doing that, you can use 1Sheeld as input or output from Arduino and make use of all of the sensors and peripherals already available on your Android smartphone instead of buying the actual shields. You can use it to control an RC car using the phone's gyroscope, or even tweet when someone enters the room!

The objective of our product is to provide faster and cheaper ways of prototyping your Arduino projects.

What can you do with 1Sheeld?

Sky is the limit! You have a powerful Android smartphone that can be used to control your RC car, tweet when plants are thirsty, and have fun playing with your friends.

We have already developed a variety of shields for 1Sheeld like LED, Toggle Button, Buzzer, Slider, LCD, 7-Segment, Keypad, Music Player, Game Pad, Notifications, Twitter, Facebook, Foursquare, Gyroscope, SMS, Flashlight and Mic. And we have many other shields coming in the pipeline. 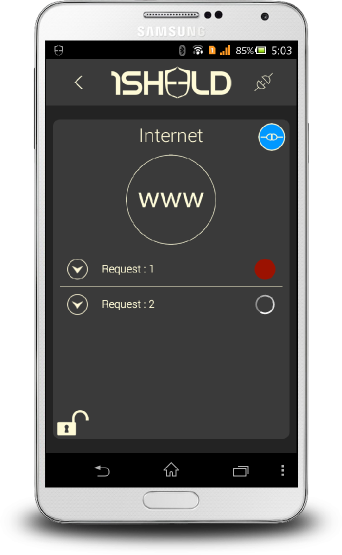 Brings the power of IoT with the simplicity of 1Sheeld and Arduino to your door, so now you can handle Http requests, access certain REST api’s “even with JSON format” and get their responses then take a certain action using the Hardware experience. 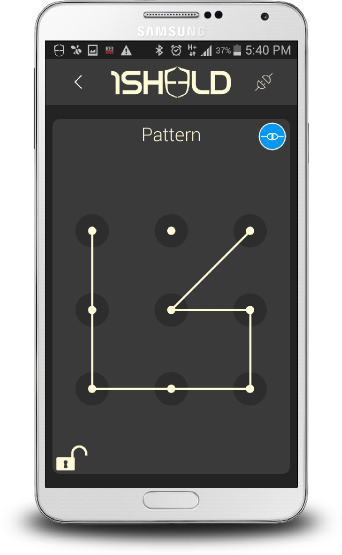 Turns your smartphone to a secret pattern locker shield so Arduino can take actions by a certain patterns defined by user. 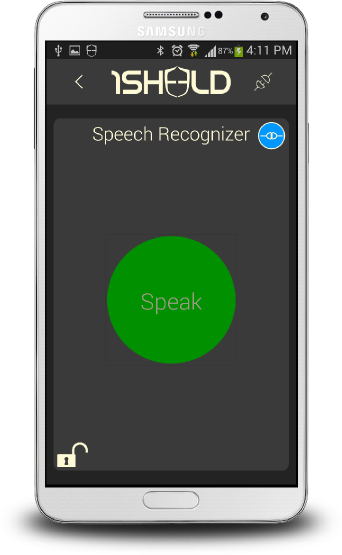 Control your Arduino with voice commands with 1 line of code, you can trigger it to control a robot or talk to your home appliances!

Let your Arduino board talk to you, get text from Arduino and convert into speech to hear through the smart phone's speaker. 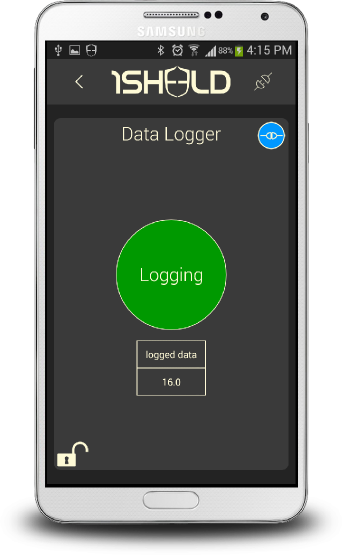 Use the memory of your smart phone to log the data of a certain sensor with Arduino, you can export the data in CSV format. 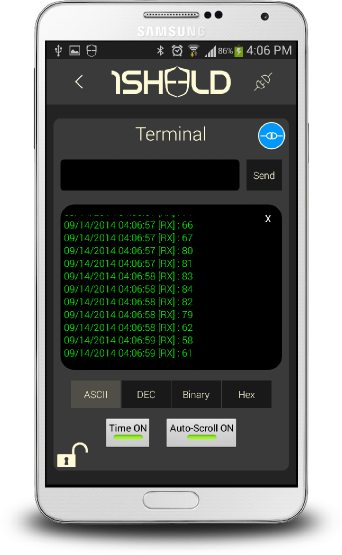 Turn your smart phone into a terminal and get the data from Arduino to your screen! Learn more from the examples page. 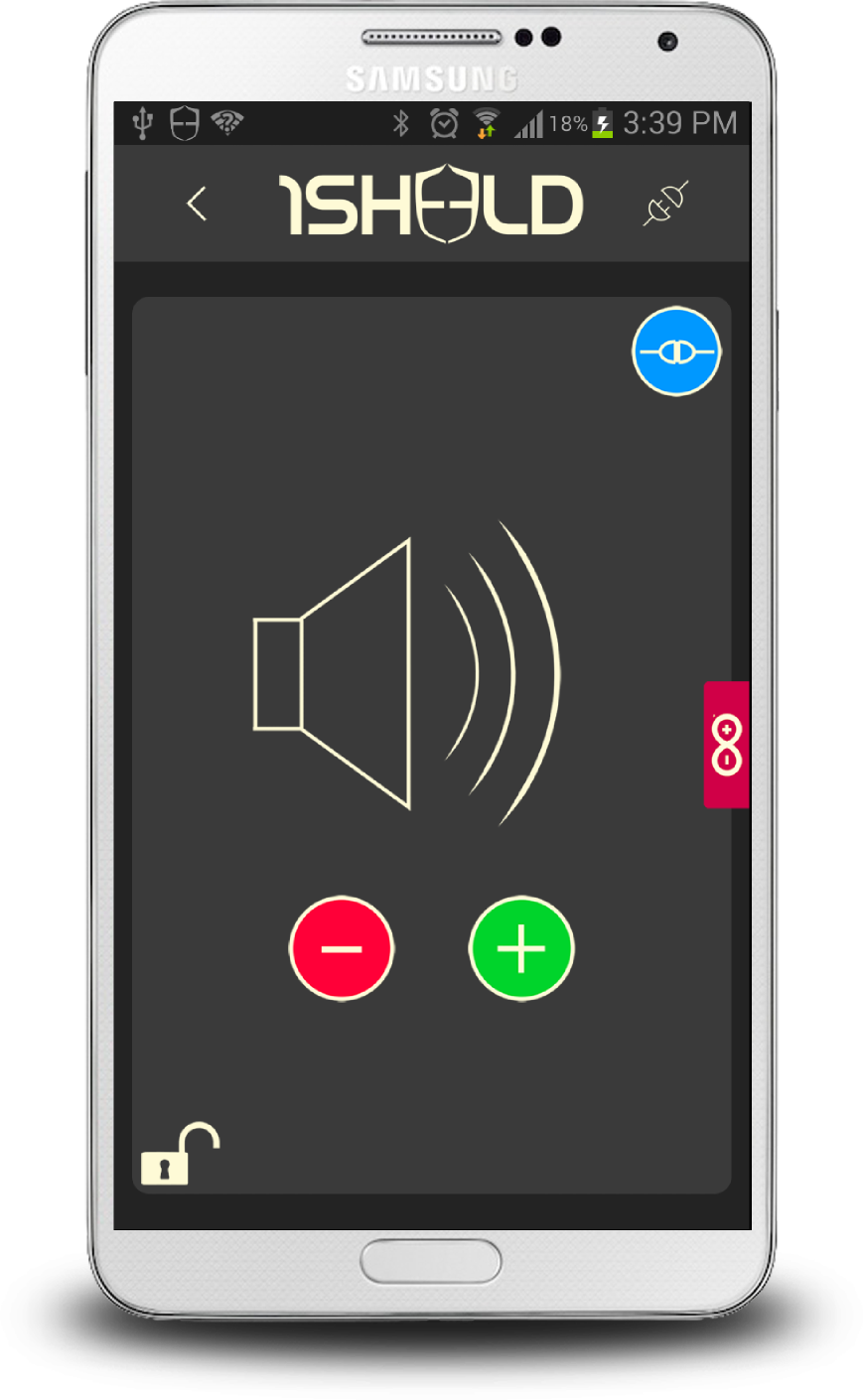 Use the speaker in your smartphone buzz a certain tone, no need to buy a speaker and hook it up to Arduino, make this as the output function triggered by Arduino when a certain action happens. 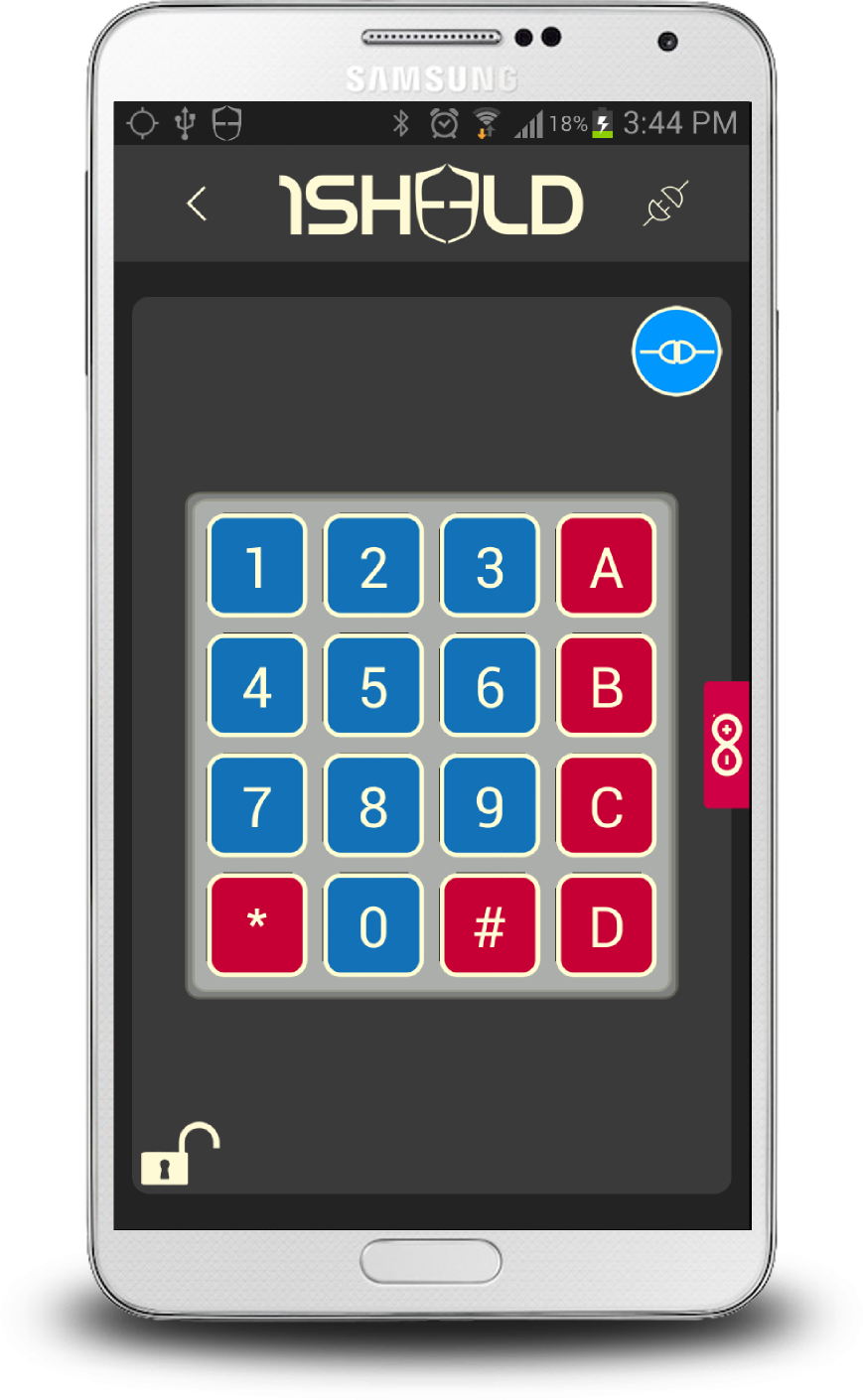 Use your smartphone touch screen as a keypad. Want to open your room with a pin code? With just few code lines you have the advantage of using a 4x4 keypad so you can enter a password to trigger Arduino and open your door using a motor. 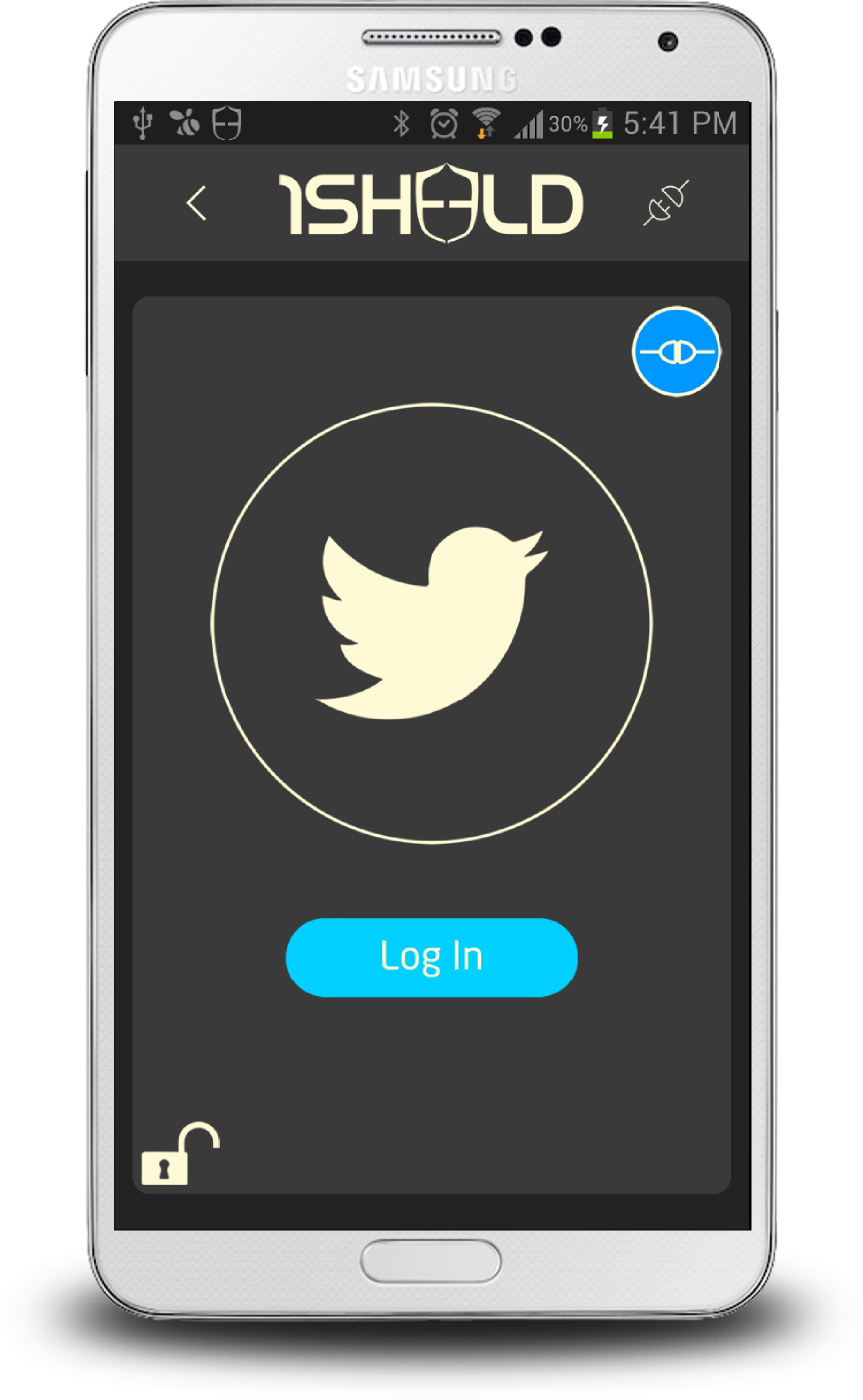 Bringing twitter into your Arduino sketch. Twitter shield allows you to send tweets with only 1 line of code in your sketch. 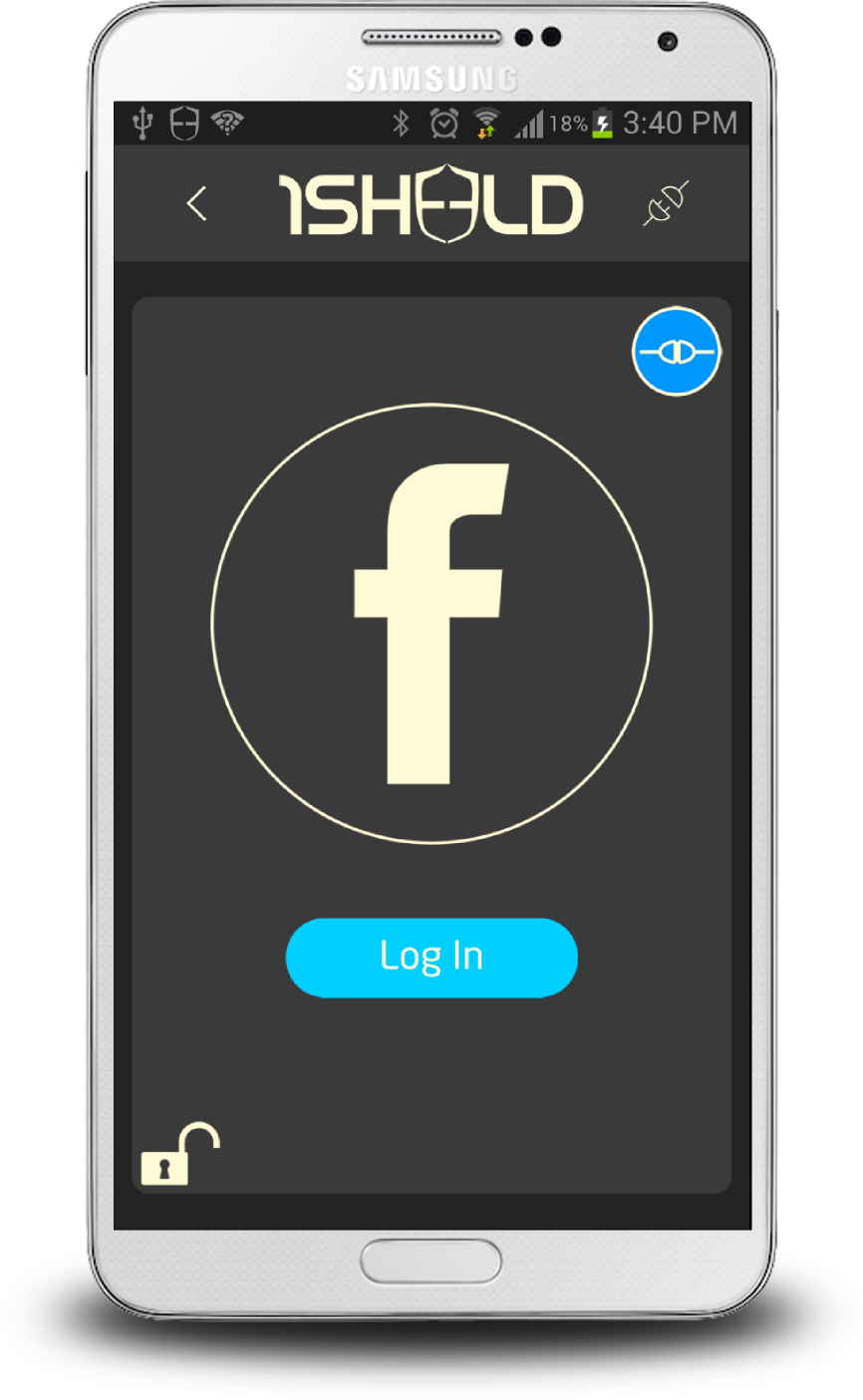 Helps you update your status on Facebook under certain conditions declared in your sketch. 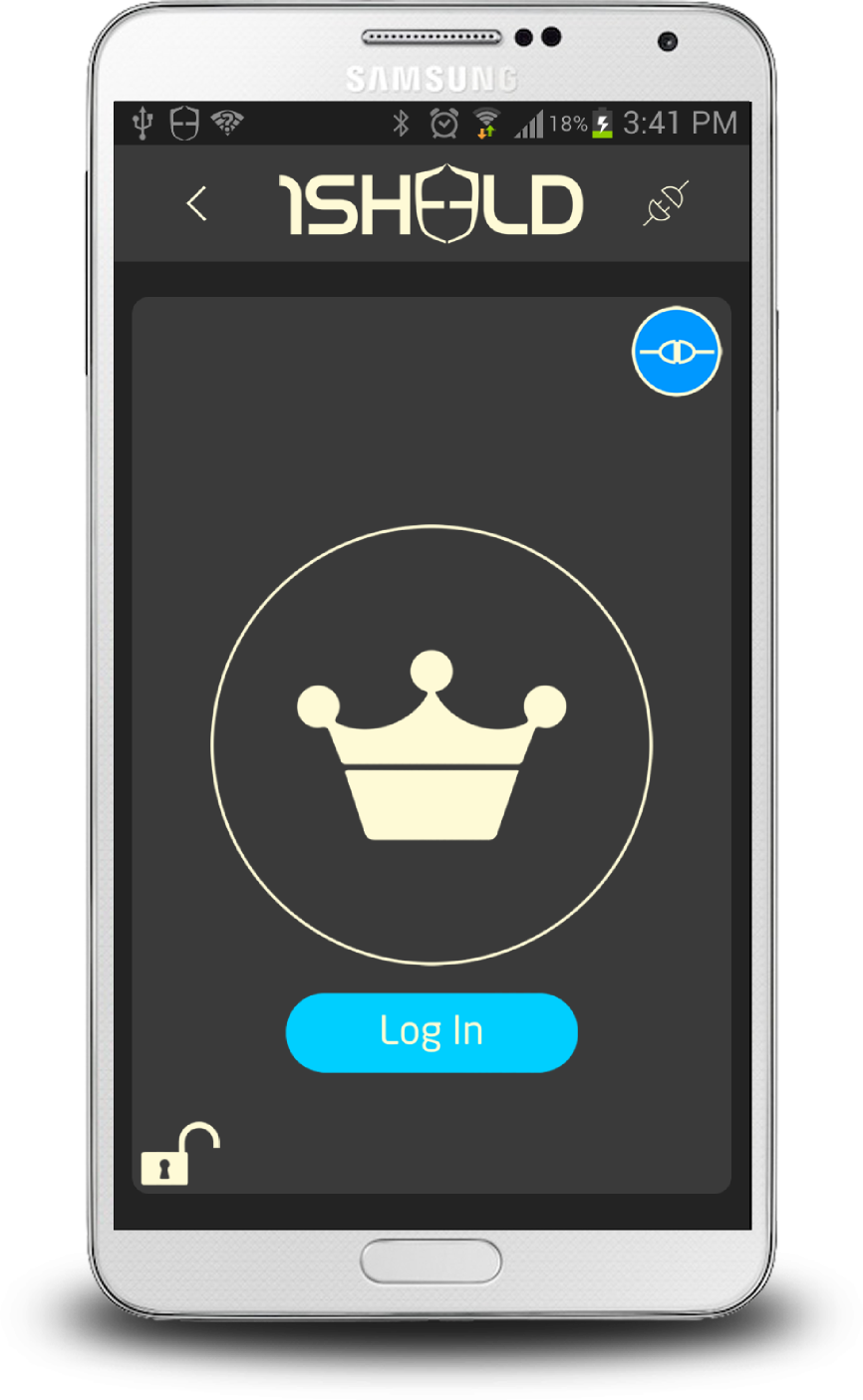 Now you can check-in at any place automatically given the ID of the place if a certain condition is met. 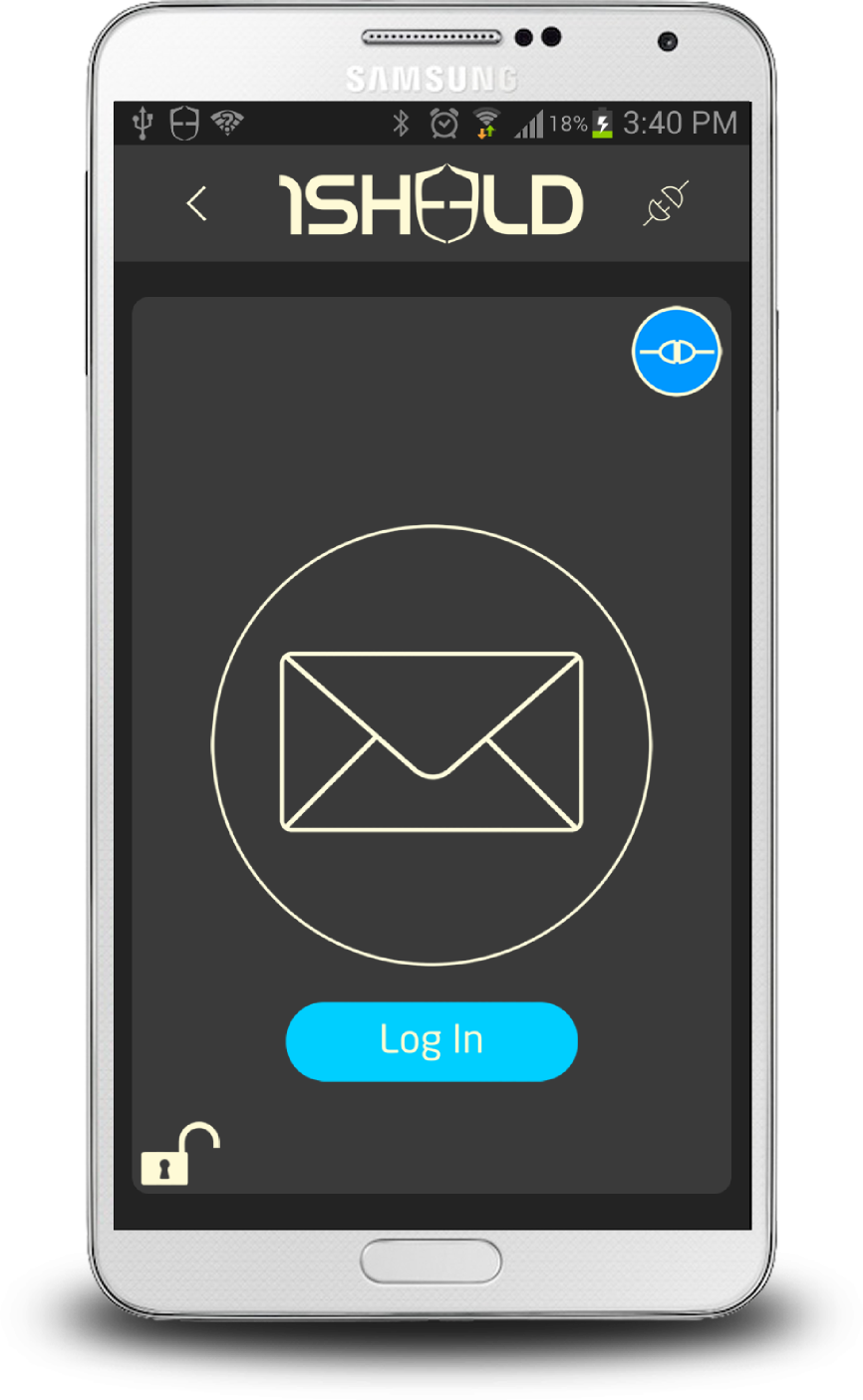 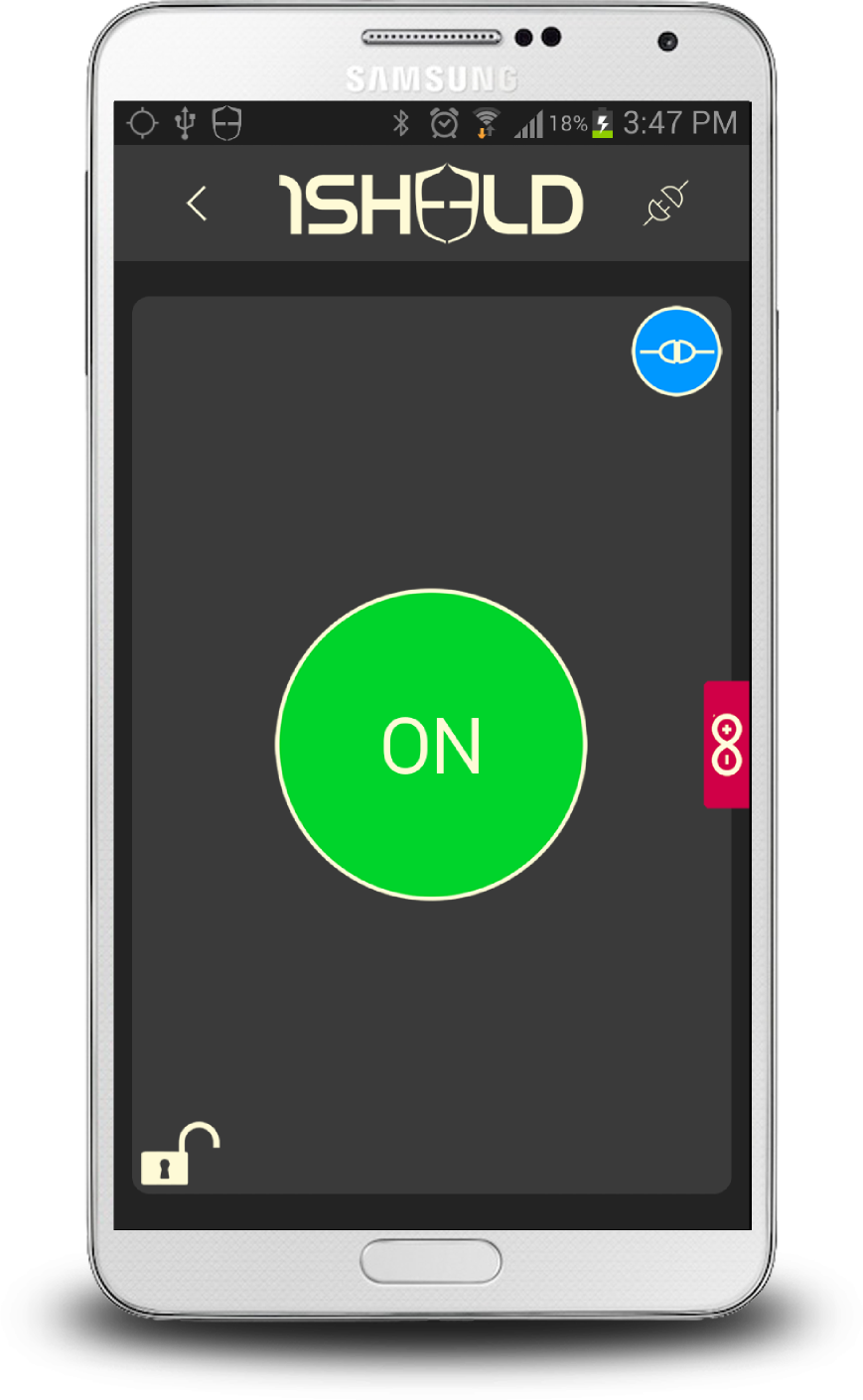 Use your smartphone touch screen as an on or off button. Just two simple words can fit in your code so you can control things by checking the state of toggle button on your smartphone. 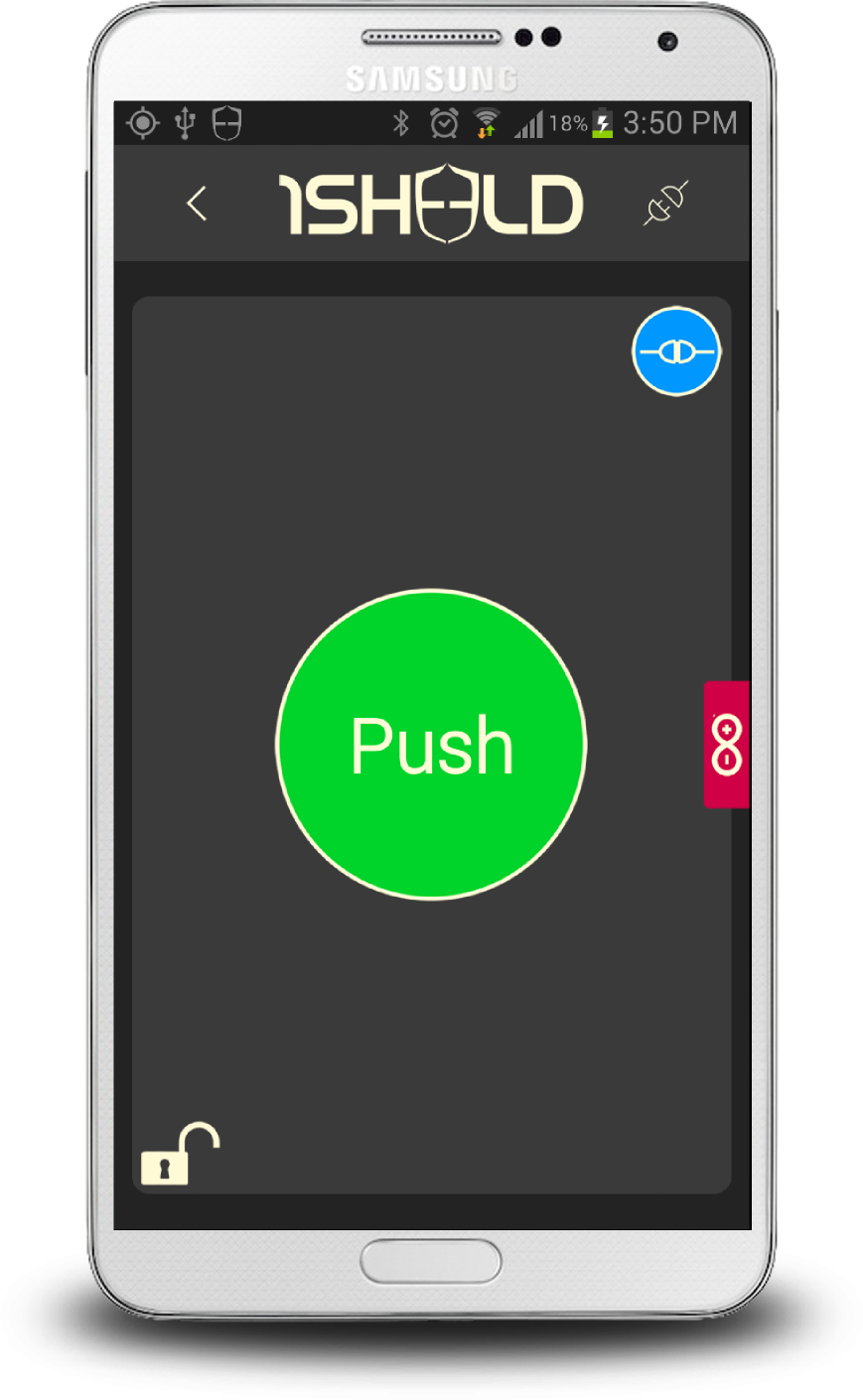 Use your smartphone screen as a virtual push button to make it easier to test your ideas that uses a real push button. 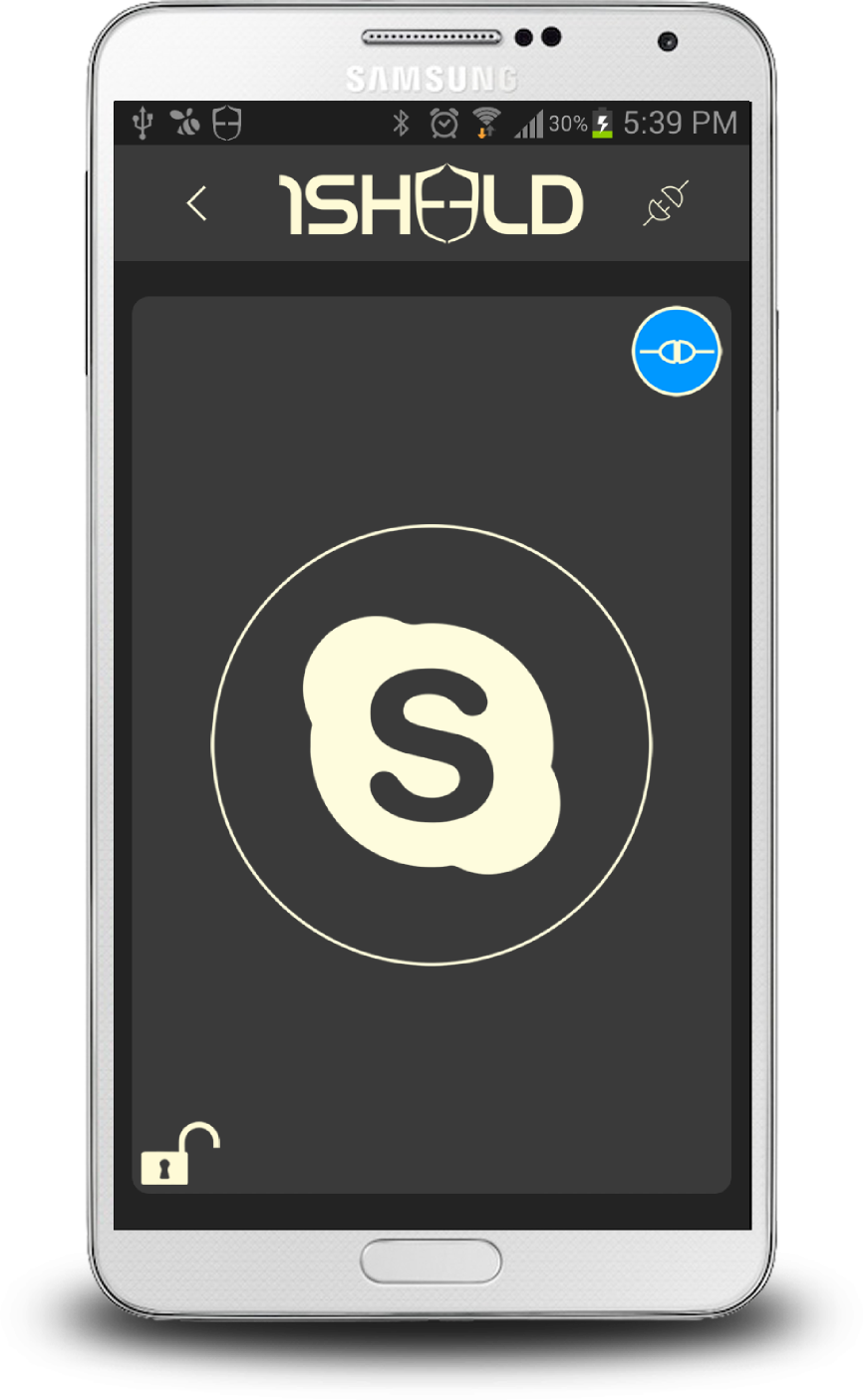 Skype is now in your sketch, feel free to call or video-call others when a certain condition is met. 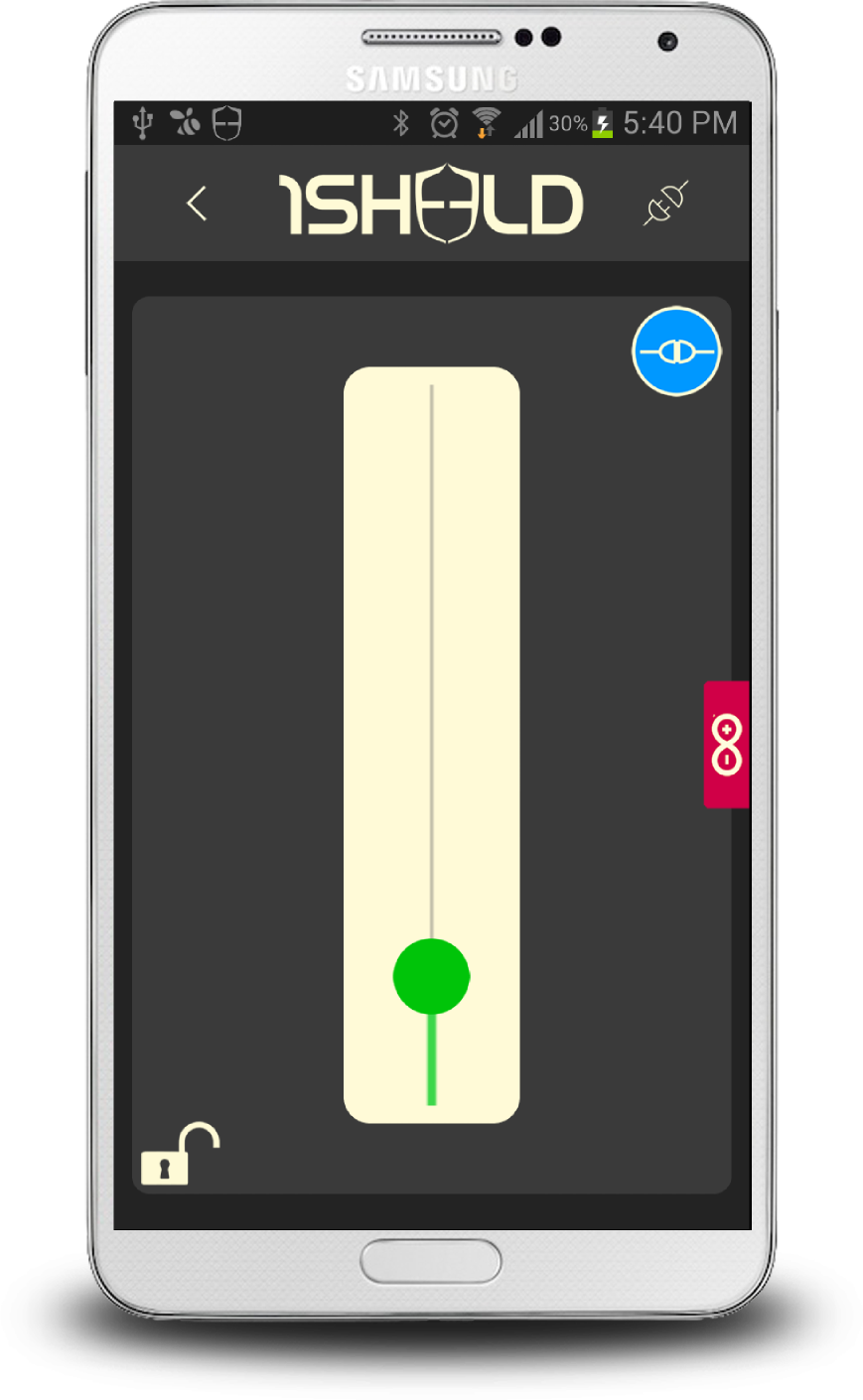 Use your smartphone touch screen as a slider. It's always cool to control things using a slider like controlling light intensity or motors, so here comes the slider shield to help you control peripherals with your smartphone.

Allows you to send an SMS to a phone number when a certain trigger is on. 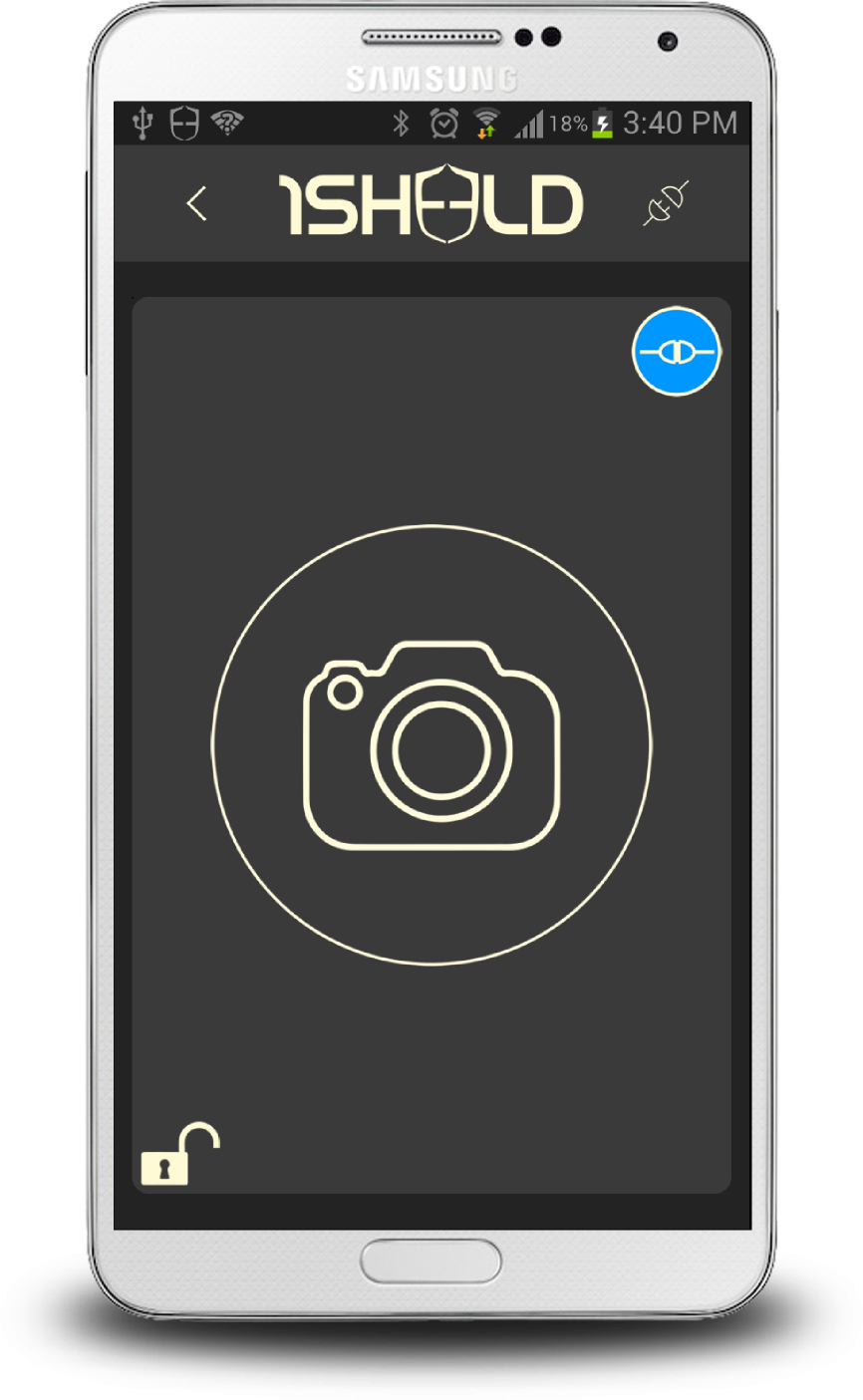 Allows you to take pictures when a certain event happens, use your Arduino board to trigger the camera in your smartphone, you can take photos in the dark as well with the flash light. 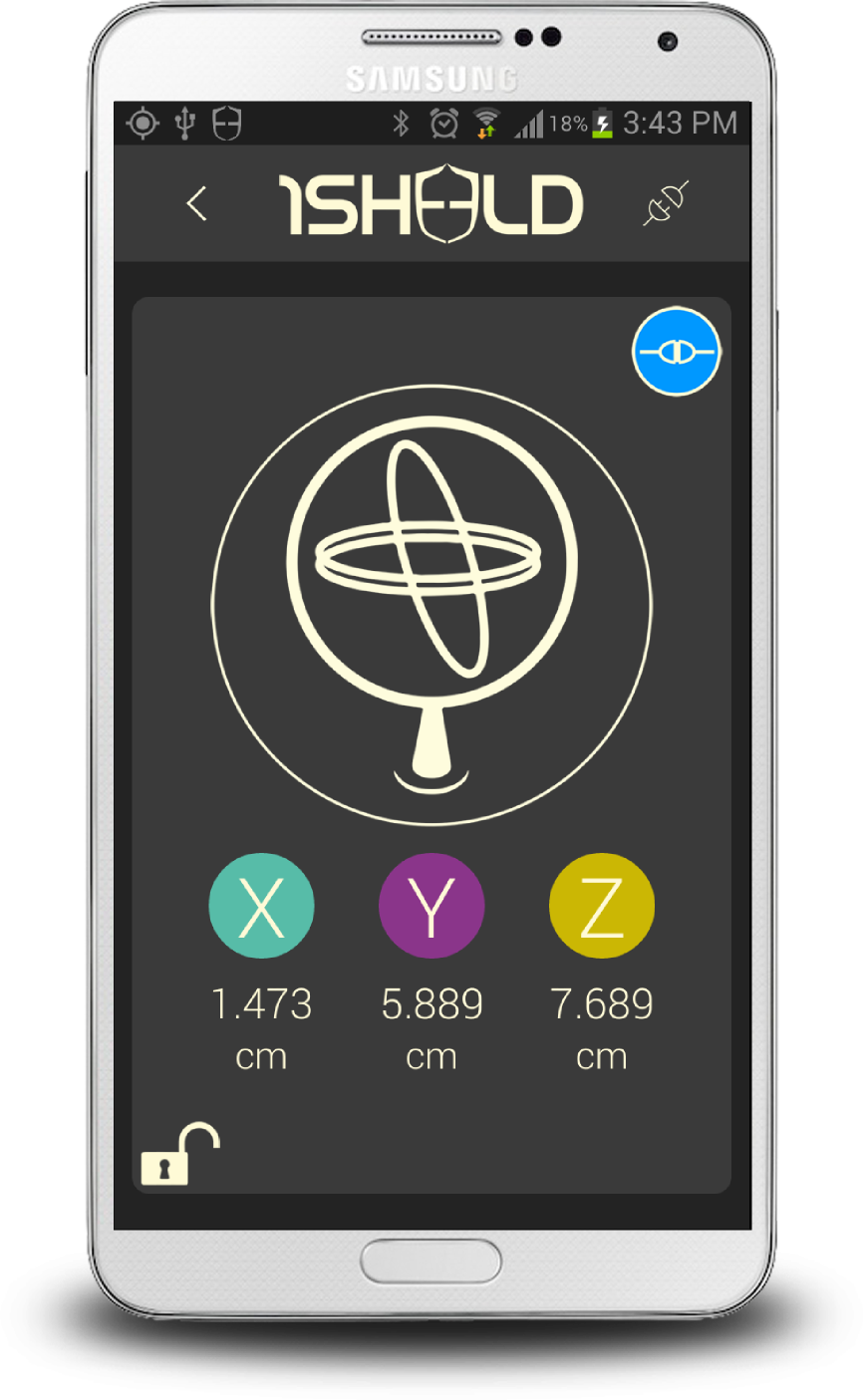 Tinker with the Gyroscope sensor in your smartphone and turn on some LEDs while playing with the by getting the values on the 3-Axis (X, Y & Z), you can use it also to drive an Arduino controlled car. 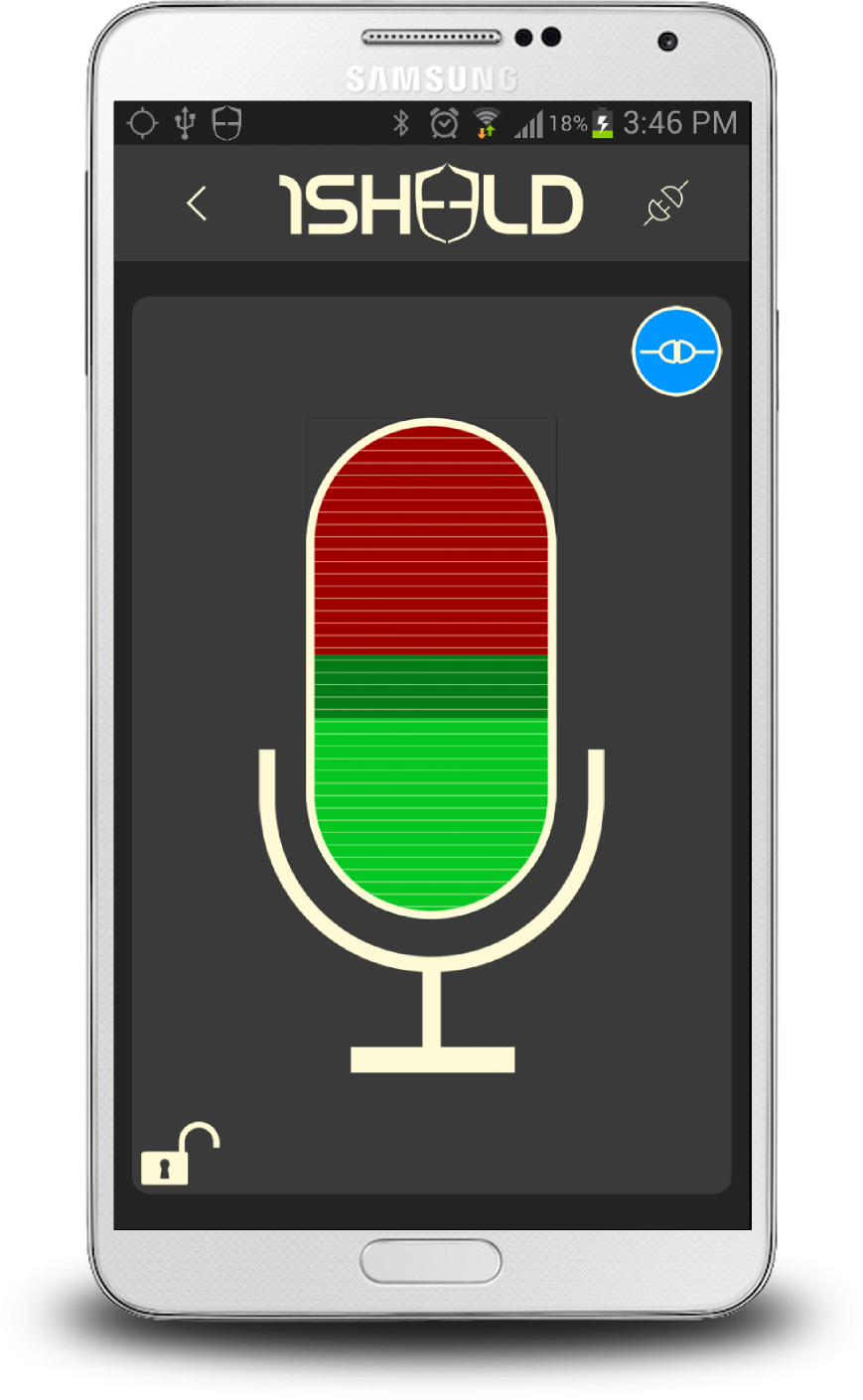 Use the sound level to trigger a hardware action, sense the level of noise to trigger an alarm, how about opening your door with a secret knock! 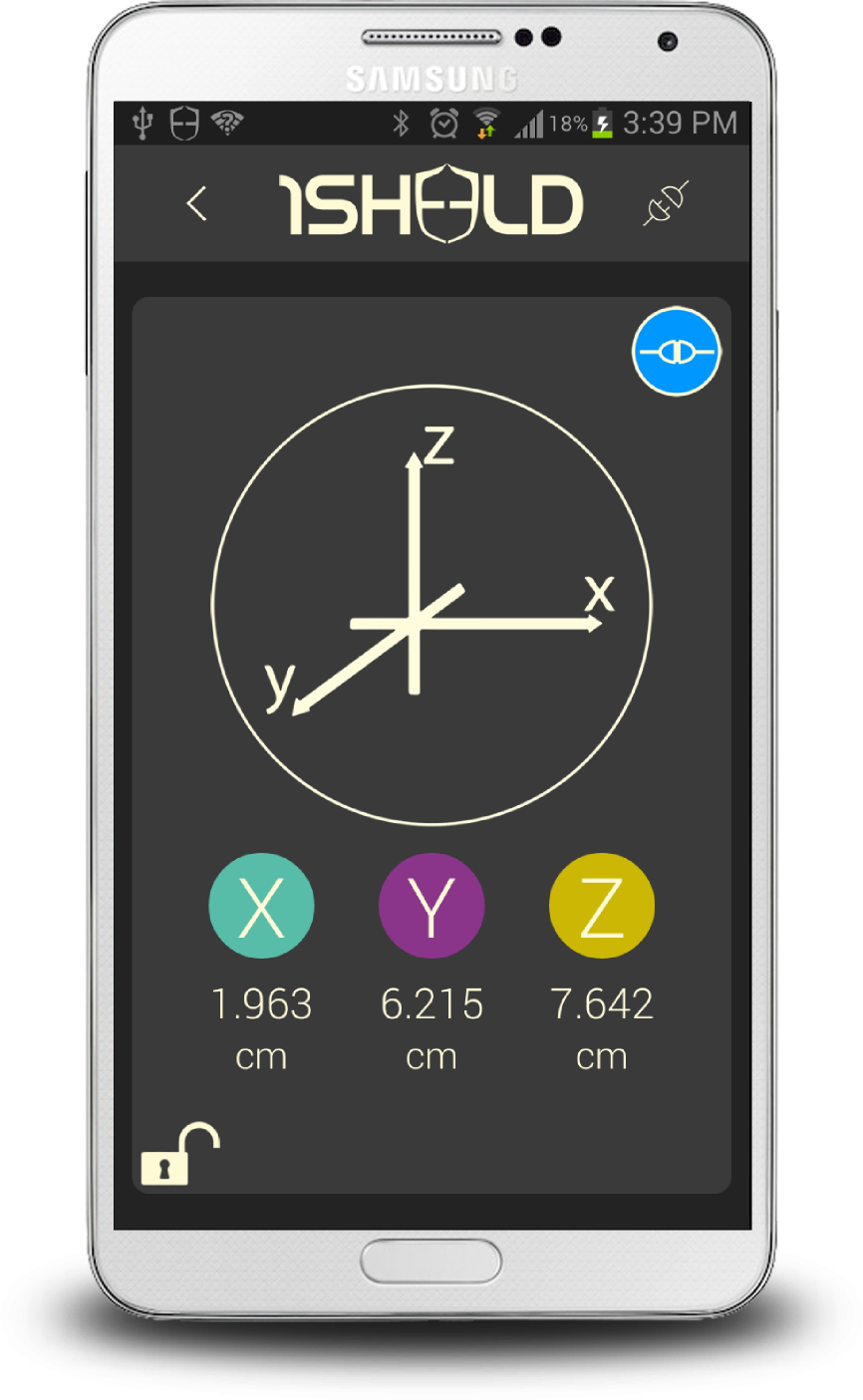 Get the acceleration of a moving objects is easier now by writing a simple line in your sketch, the shield gets you the data of X, Y and Z axis of the accelerometer sensor in your smartphone. 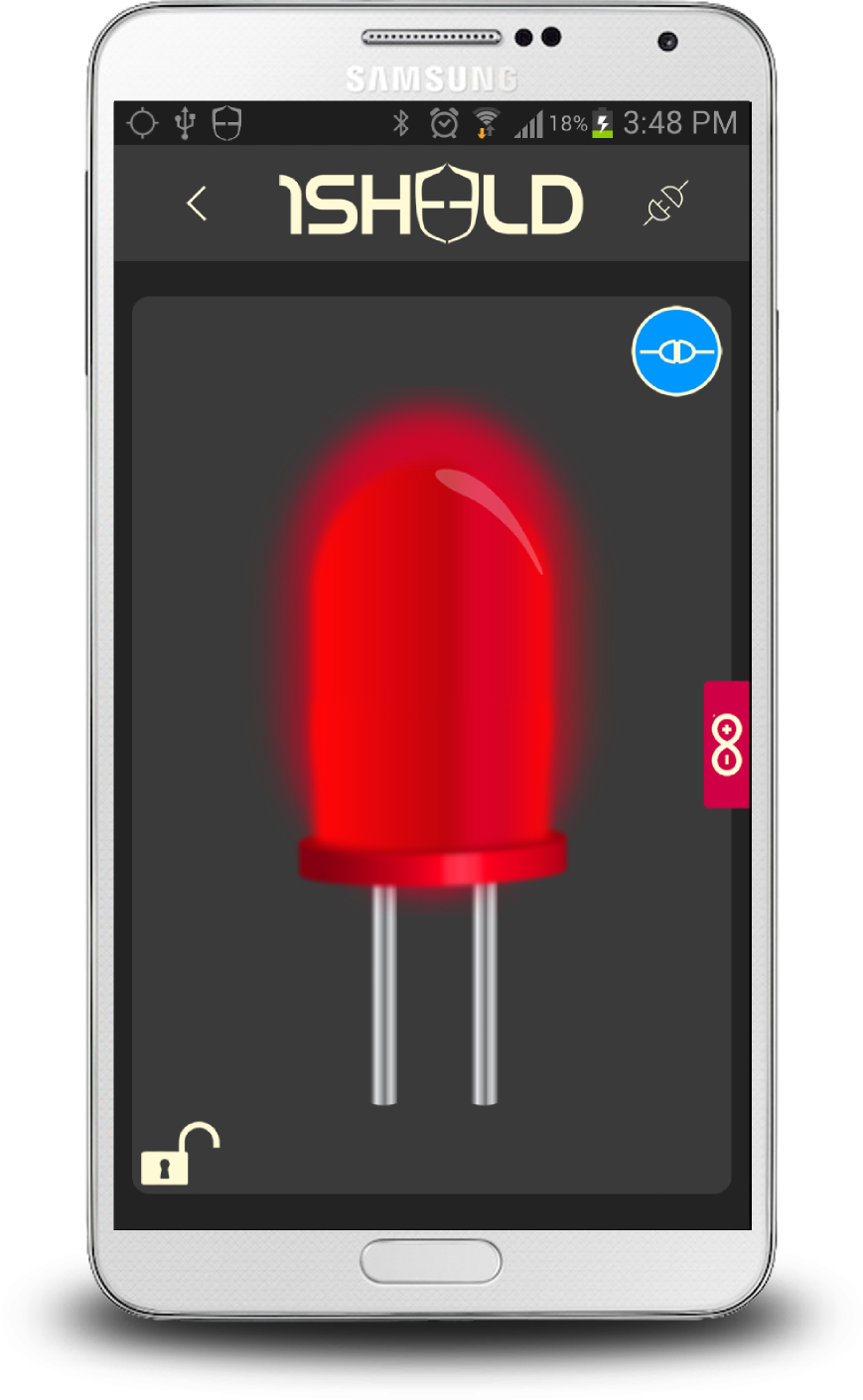 Use your smartphone screen as a simple LED to test your output pins.

you can learn all shields here 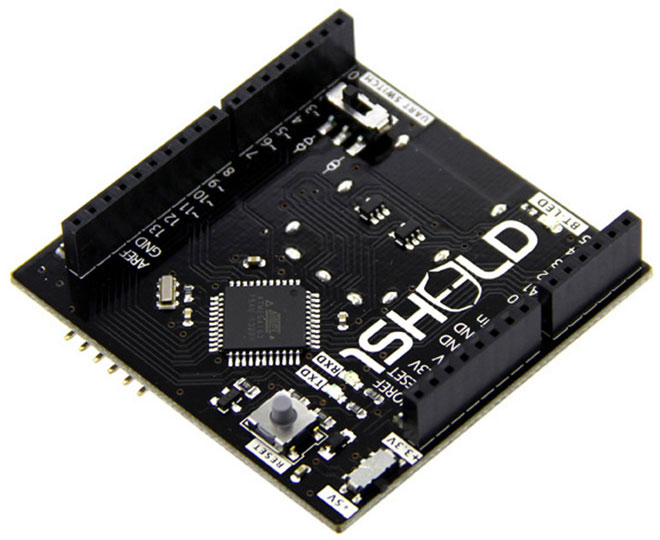 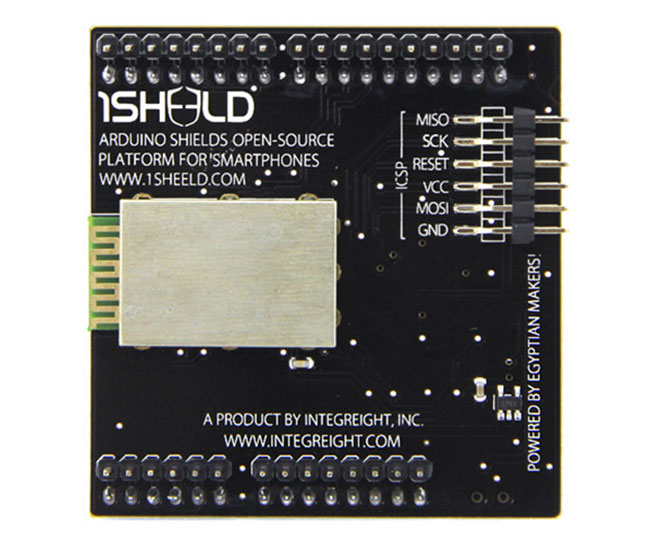