This is a breakout board for the Blackberry Trackball. The four spindles on the trackball have a tiny circular magnet the end; each of these are paired with an SMD hall effect sensor, which are used to measure up, down, left and right movements of the trackball. An SMD momentary switch is placed under the trackball to give you a select switch. The BTN line will be pulled low when the switch is pressed.

Also included on the Trackballer are 4 LEDs: red, blue, green and white. These can be powered to light the clear trackball up any color you can imagine.

All features are broken out to a 0.1" pitch header. Regulated, 2.5-5.25VDC power must be provided to power the Hall sensors. The trackball is attached with strong CA glue. Board comes as shown, with all components populated. 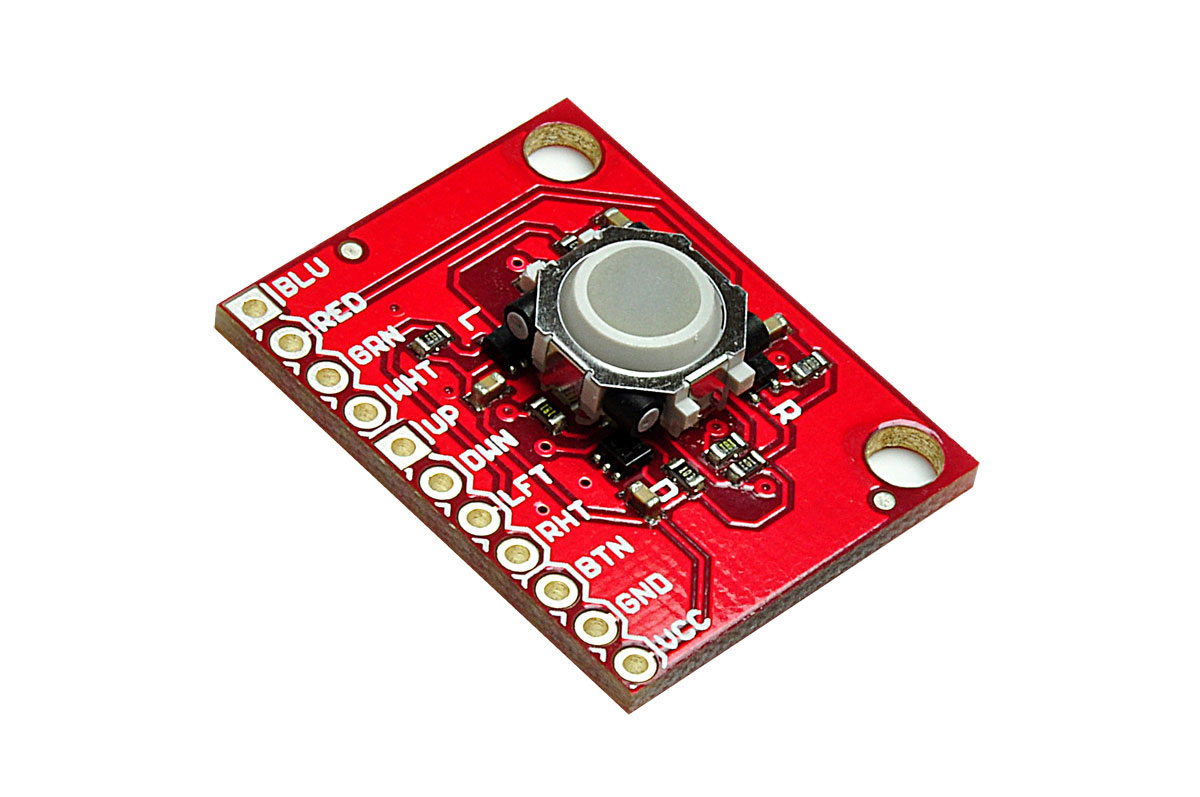 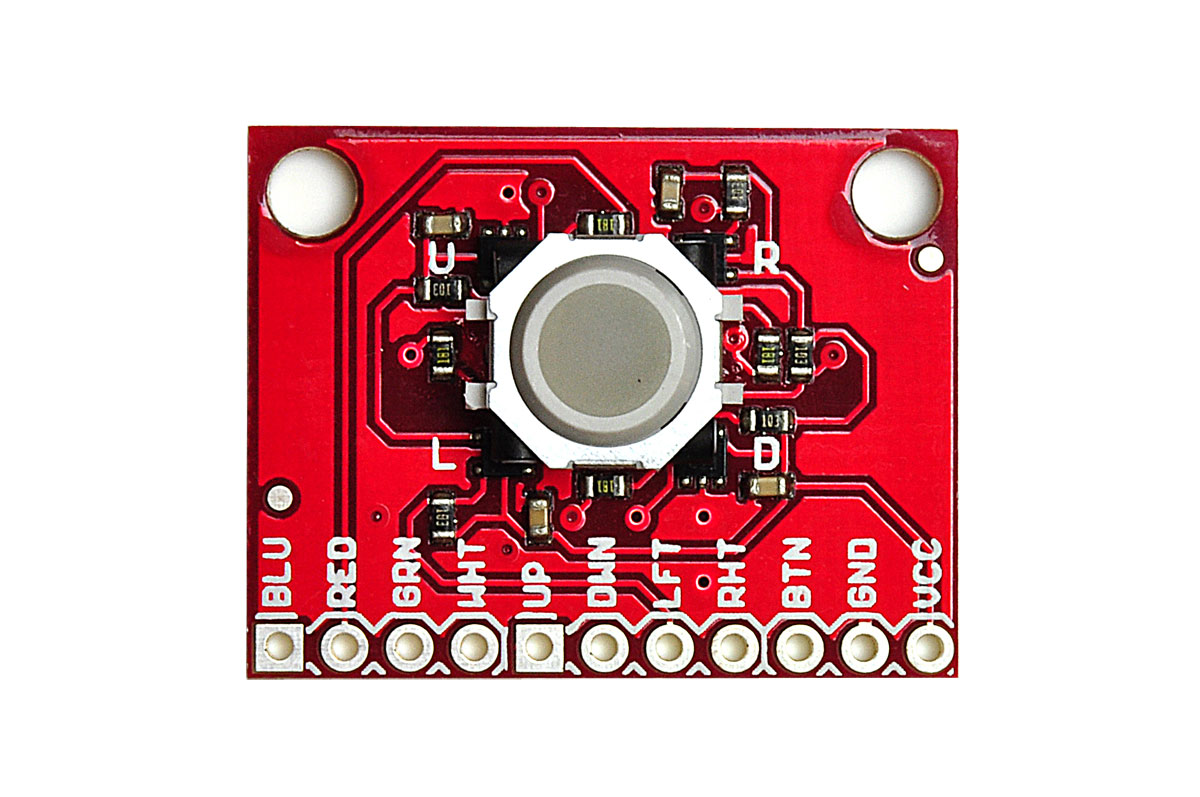 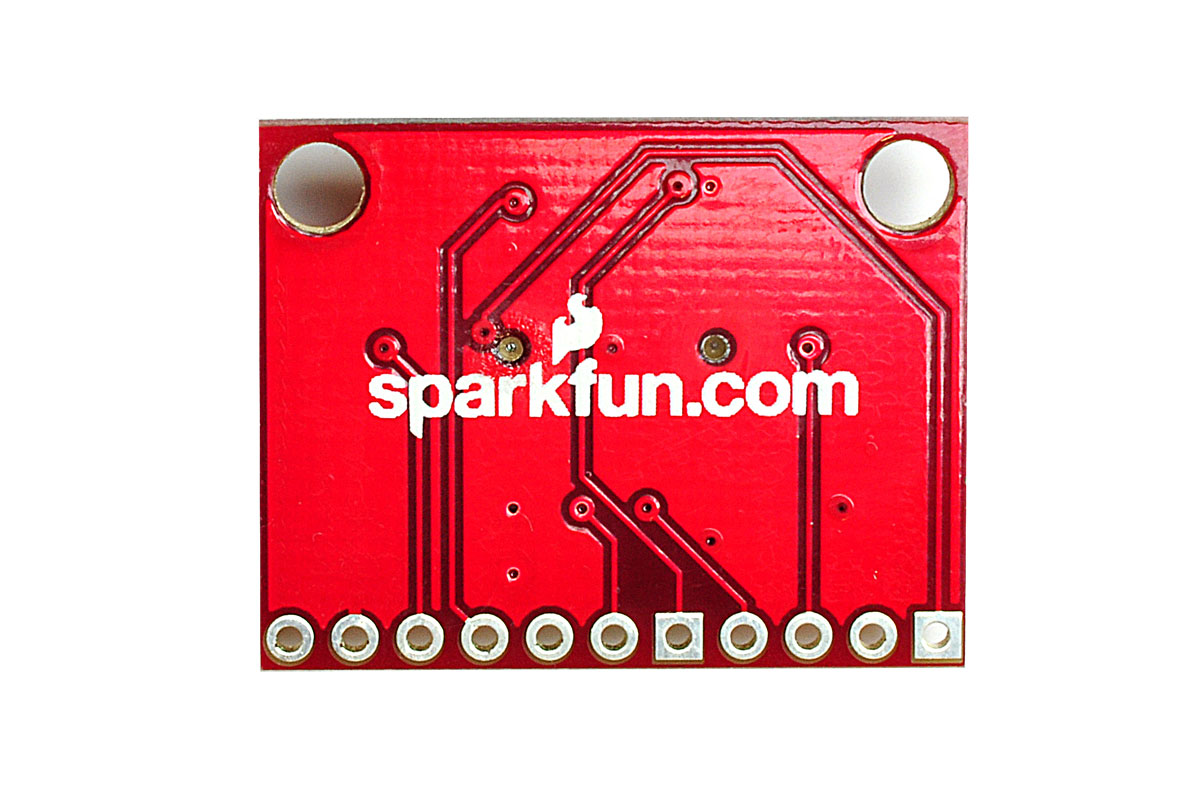 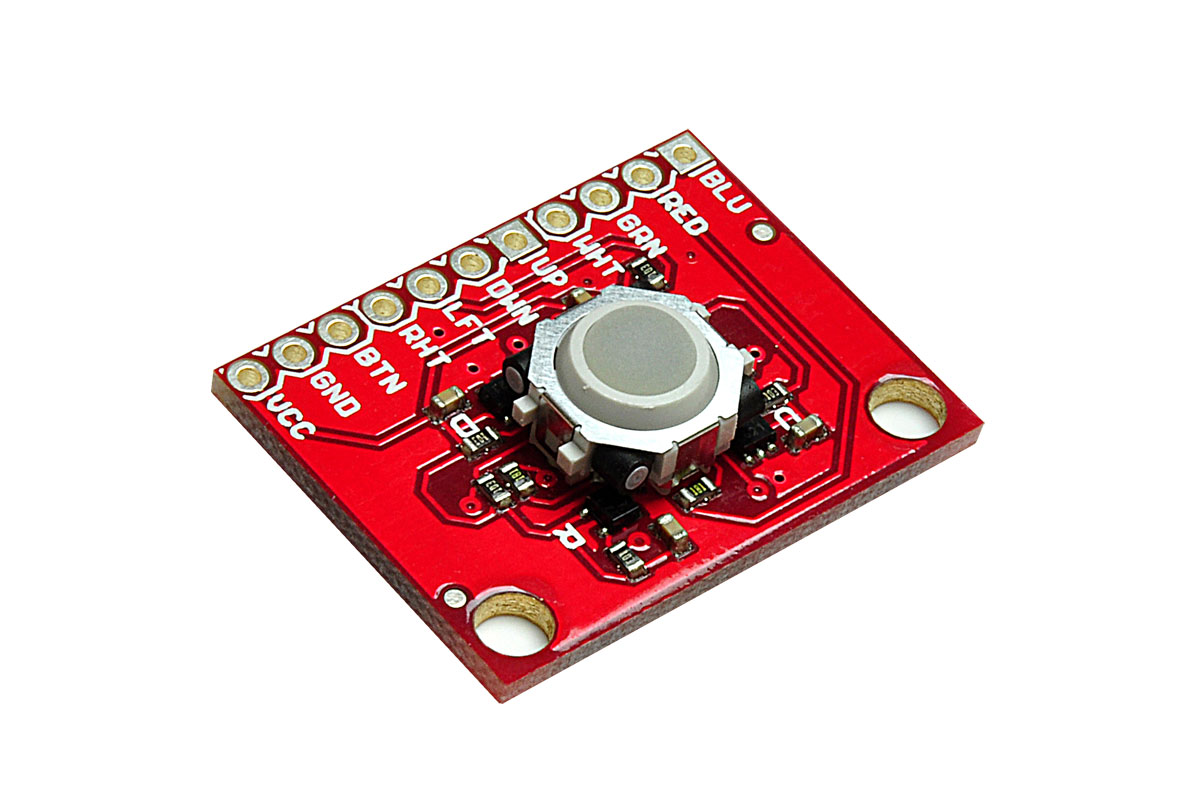 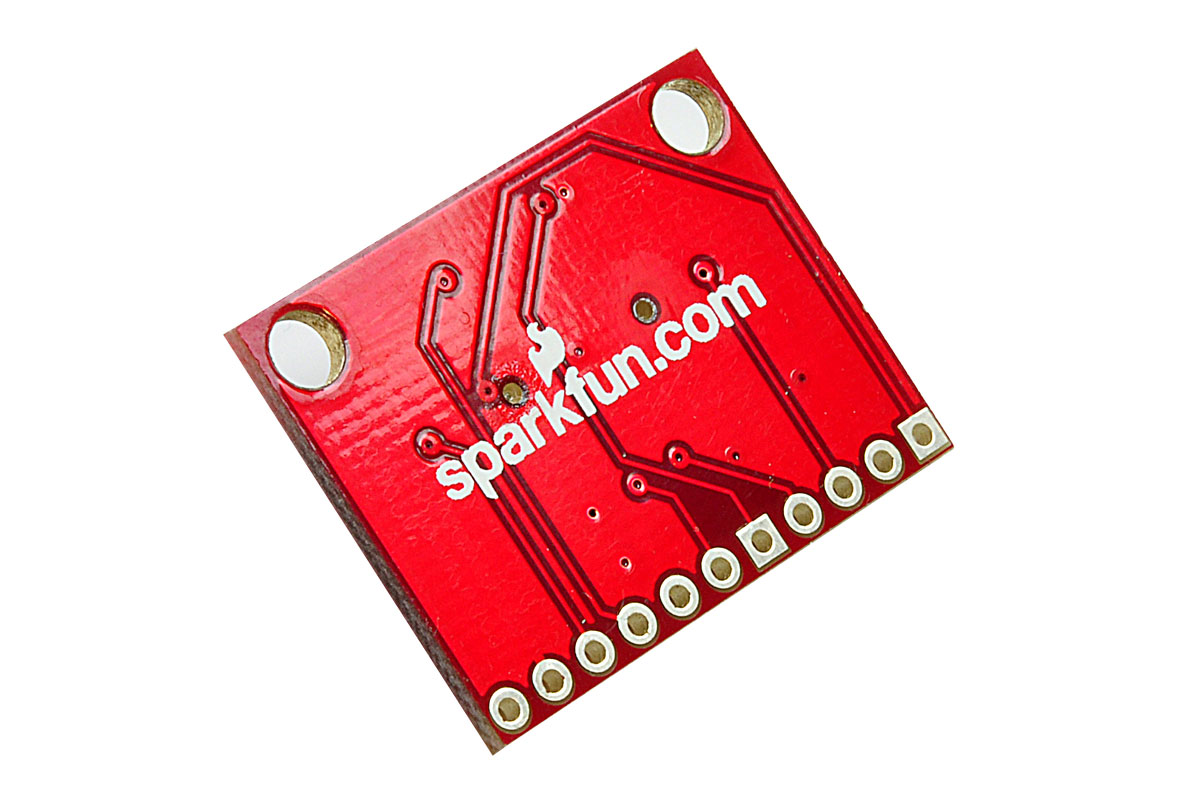