This is LilyPad Arduino - the main board consisting of an ATmega168V with the Arduino bootloader and a minimum number of external components to keep it as small (and as simple) as possible. Board will run from 2V to 5V. The latest version of the LilyPad supports automatic reset for even easier programming. The back side of the LilyPad is now completely flat! It has a surface mount programming connector to keep the header from poking through.

LilyPad is a wearable e-textile technology developed by Leah Buechley and cooperatively designed by Leah and SparkFun. Each LilyPad was creatively designed to have large connecting pads to allow them to be sewn into clothing. Various input, output, power, and sensor boards are available. They're even washable!

The LilyPad Arduino is a microcontroller board designed for wearables and e-textiles. It can be sewn to fabric and similarly mounted power supplies, sensors and actuators with conductive thread. The board is based on the ATmega168V (the low-power version of the ATmega168) (datasheet). The LilyPad Arduino was designed and developed by Leah Buechley and SparkFun Electronics.

Warning: Don't power the LilyPad Arduino with more than 5.5 volts, or plug the power in backwards: you'll kill it.

The ATmega168V on the Arduino LilyPad comes preburned with a bootloader that allows you to upload new code to it with the Arduino software. The bootloader on the most recent LilyPad boards is Limor Fried's "no wait" bootloader. When the LilyPad is supplied with power, its Arduino sketch starts immediately. The bootloader is triggered only when the reset switch is pressed. You can also bypass the bootloader and program the ATmega168V through the ICSP (In-Circuit Serial Programming) header; see these instructions for details.

The LilyPad Arduino can be powered via the USB connection or with an external power supply.

If an external power supply is used, it should provide between 2.7 and 5.5 volts. This can come either from an AC-to-DC adapter (wall-wart) or battery. Again, don't power the LilyPad Arduino with more than 5.5 volts, or plug the power in backwards: you'll kill it.

Wash at your own risk - we do ;). We recommend washing projects by hand with a mild detergent. Drip dry. Make sure you remove your power supply first!

To get your LilyPad Arduino working, see this guide. 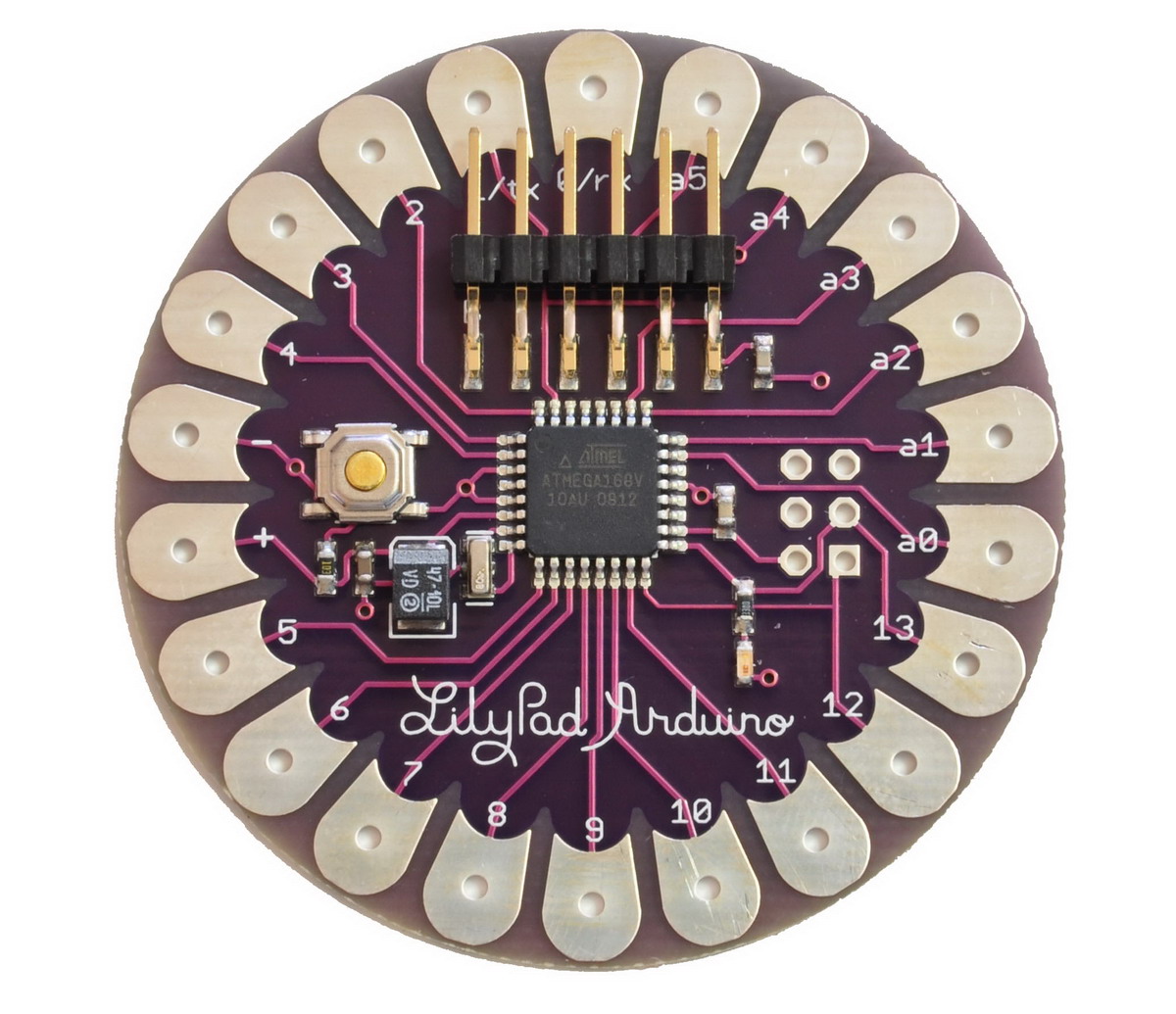 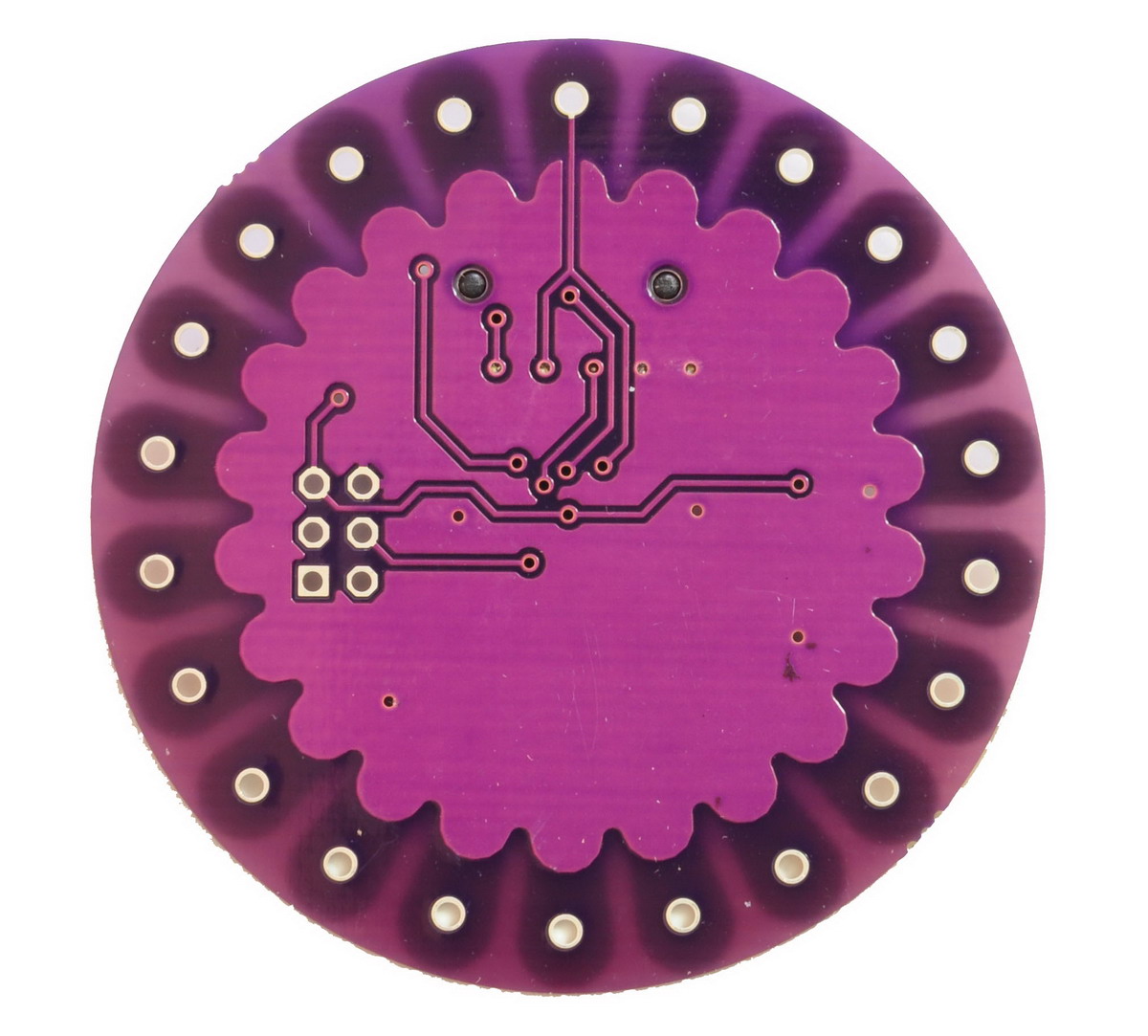 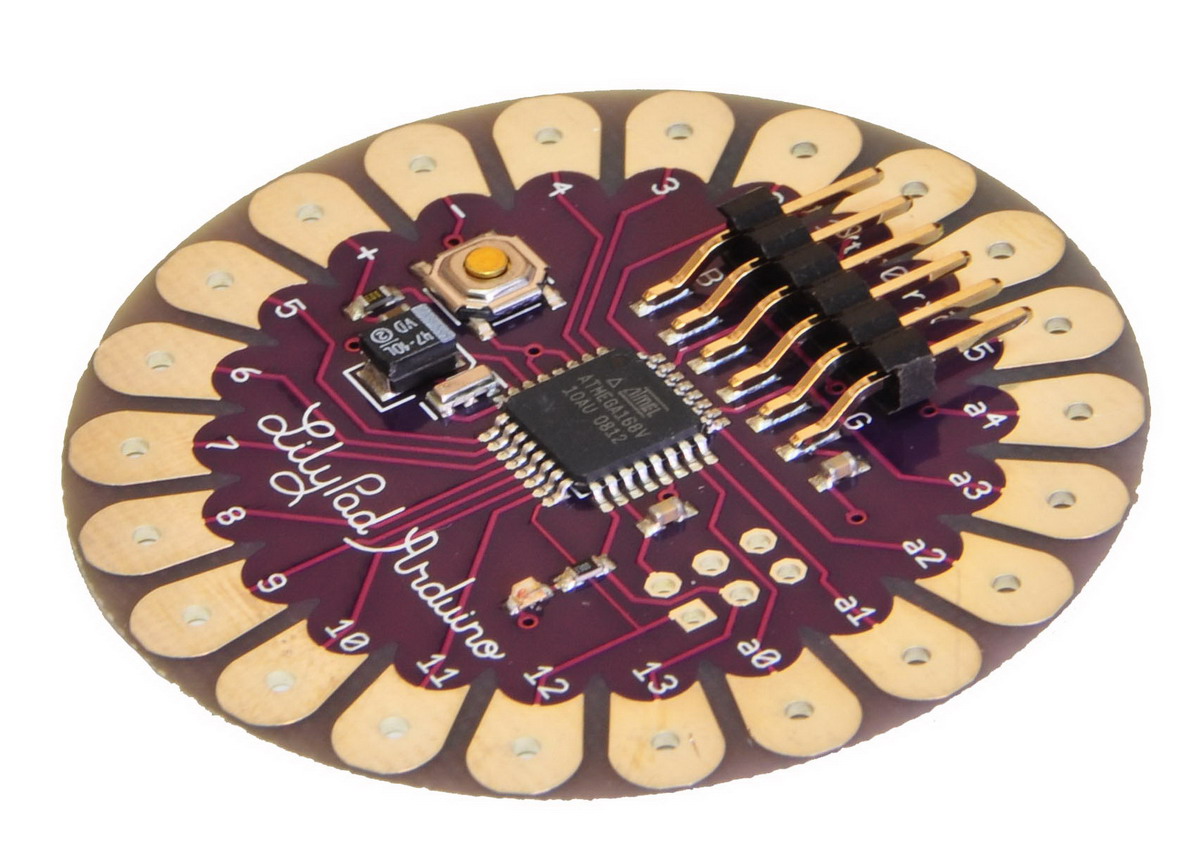 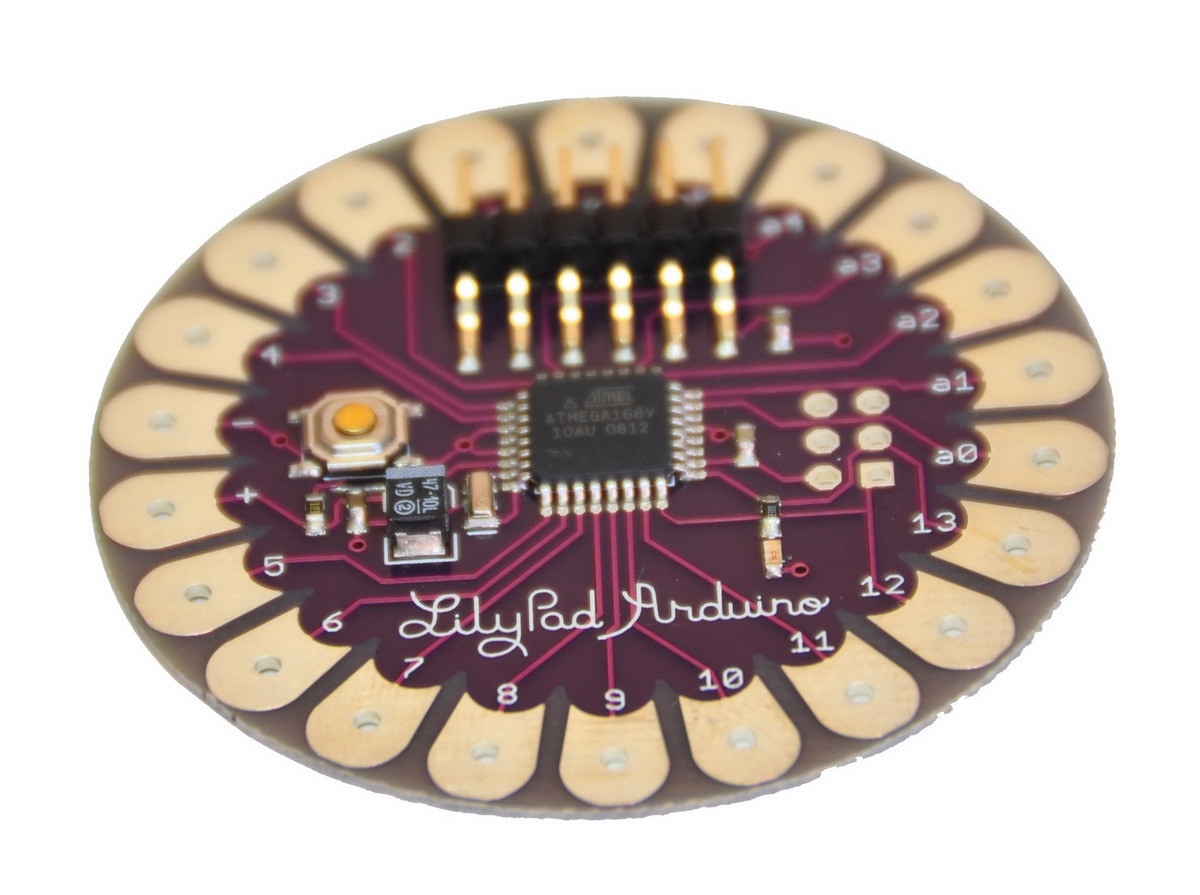